As mentioned before, I was working on something, and here it is!

Everything is still very much under construction as I learn more, so a lot of changes will happen, but it is a start!

This also means that from now on, all new blog posts will happen over there! Blogger has been a great place to blog and it has been fun, but it is time I move onto something bigger that can show off what I work on better.

Hope you all like the new site and see you over there!
at Sunday, February 28, 2016 No comments:

I just wanted to throw this small post out there that there will be some changes coming here soon!

I have been mostly gaming lately, but also working on something else that some of you might have seen already.

Not giving a timeline on this just yet, but will post as soon as the changes are made, or when I have an idea when it will happen.
at Thursday, February 18, 2016 No comments:

Update & Behind the Scenes

First of all, Happy Halloween! Hope you all have a fun and scary night!

For those that might have noticed, yes, I am changing the theme... again. This is a temporary theme until I make a custom background for the blog again instead of just a plain white background.

For those interested, here is some behind the scenes of Path to Redemption with some pretty pictures.

*SPOILER ALERT*
I recommend you watch the video first if you haven't!

The whole idea for this video started with people battling with heavy armor and from there it developed into what you see here. Finding the song by larrynachos, which fitted perfectly for the theme I was going for, everything just fell into place.

In total it took about a month to get done and only had three locations we filmed at.
The prison I build myself and is a very basic hallway and room with some added light sources to give a bit more dark/dungeon feeling to it. 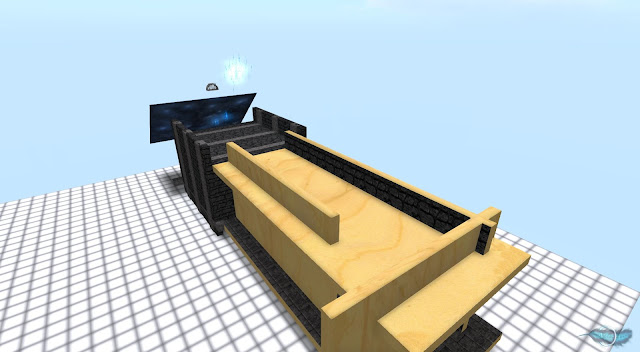 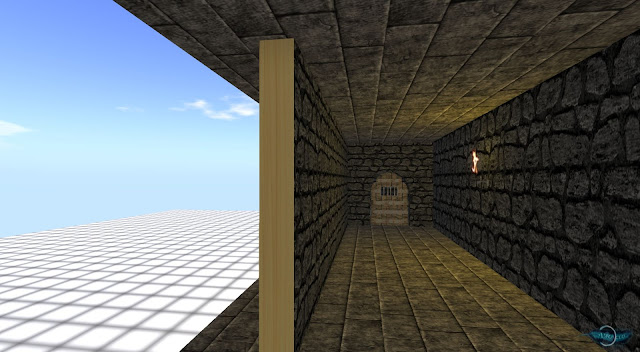 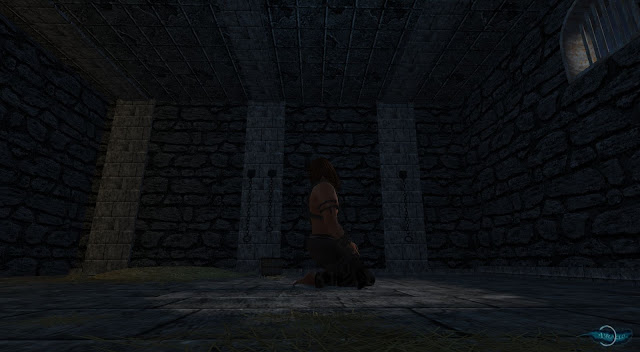 The second location is the scenes where the house is burning. This was filmed at The Dragon Empire of Uhre and have already changed since I filmed the scene. The owner had to change his land but was very helpfull and left that area as it is seen in the video until I finished filming. Big thank you goes to Rik Sullivan for that. 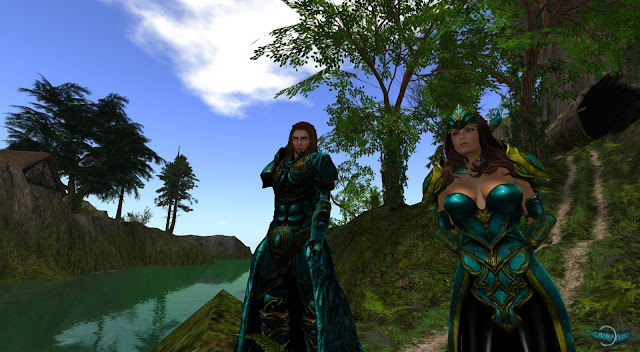 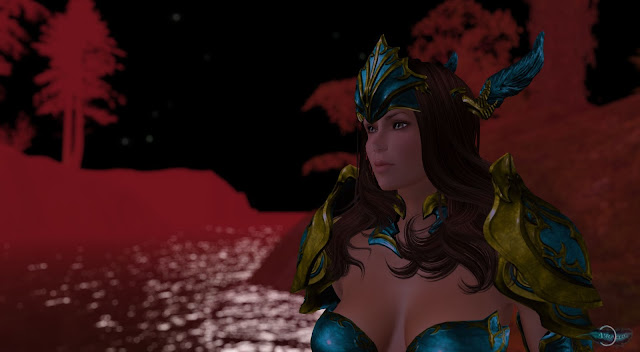 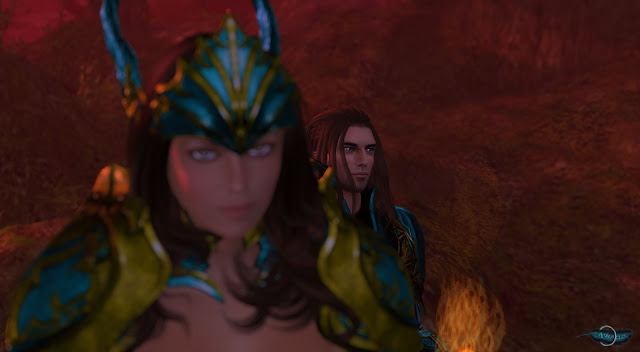 The last location is Misty Mountains owned by Tymus Tenk. I filmed a small scene in one of Tymus's regions before and he was nice enough to let us use magic spells and smoke on the region, so a big thanks to Ty for that! 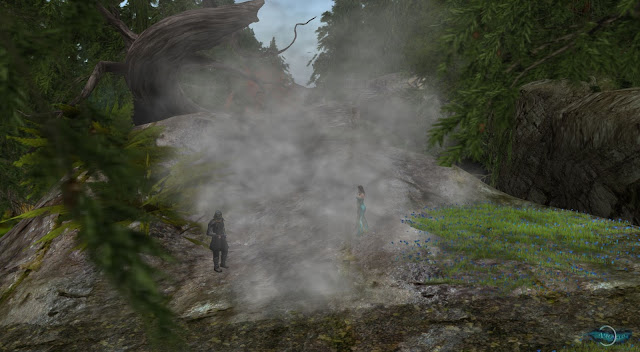 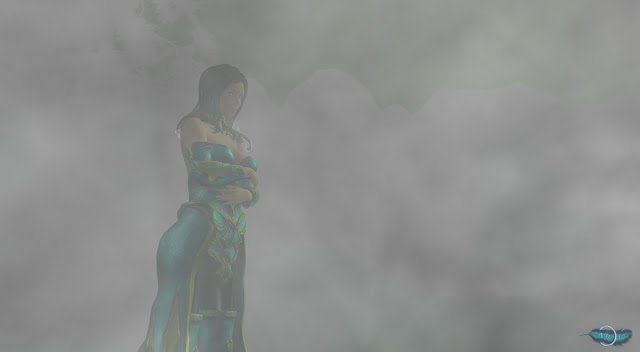 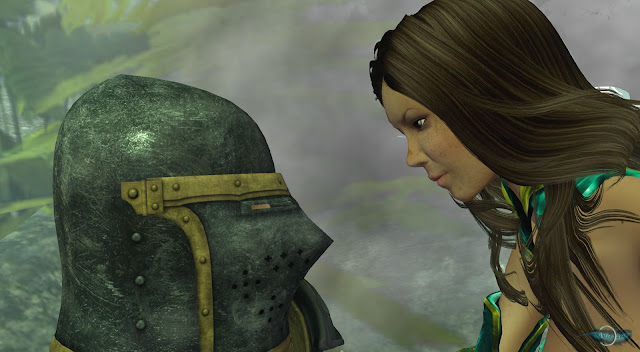 Costumes was probably the most difficult thing to find this time surprisingly, as I was sure finding good medieval armor can surely not be that hard... I was wrong. In the end I think the armor that can be seen in the machinima worked out perfect. Fun trivia: The project name was "Project Armor" due to the difficulty at the start to find nice armor.

I tried filming this one slightly different by using more close ups, wide angles and moving the camera with the action faster. I think it worked out pretty well, so will try it out a bit more in the next machinima I do.

That is mostly it for this machinima. In December we will hear how it did in the The University of Western Australia's MachinimUWA VIII: Pursue Impossible competition.

I am happy to release my latest machinima, Path to Redemption.

This is my entry to the The University of Western Australia's MachinimUWA VIII: Pursue Impossible.

The choices we make in our past determine our future, and redemption can often be an impossible pursuit.

I will post a behind the scenes post tomorrow with some pictures!
at Friday, October 30, 2015 No comments:

Email ThisBlogThis!Share to TwitterShare to FacebookShare to Pinterest
Labels: Featured, machinima by me

So I have lately worked on a machinima for University of Western Australia's MachinimUWA VIII: Pursue Impossible that will be released this week!

In the meantime, here is a little teaser. The official poster for Path to Redemption. 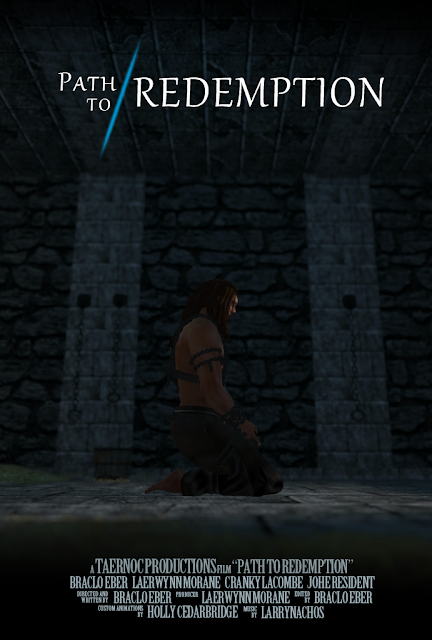 It has been a while, but I finally got a new product out!

Recently I have changed my store location a bit and I ended up looking for a basic pier that is low enough land impact, but not just one flat prim. After looking for a while, I decided to make something myself and ended up developing it to a point where I can sell it.

The Pier and Support product comes with three different length piers and support. To make it super easy to setup, you can simply rez the pier and select Rez Supports on the menu, which will automatically rez supports from the ground to the pier, up to a height of 54m.

The land impact range from 2 to 7 and as always, updates are free!
For more information, head on over to the product page!
at Sunday, July 19, 2015 No comments:

I am happy to introduce my latest machinima, Salutations!!


I started filming this a few days after they added the first person camera to Guild Wars 2, a much requested feature. So, to say thank you for the feature and just show off some beautiful areas, I decided to make this fun video!

In several scenes you can really see the height difference, especially against the Norns, since I play as an Asura. It sure gives the game a different feeling at times, and I started to notice some things I never even knew was in the world.

Be sure to check my Flickr for some shots I took while we did the filming.


The fun song I used is called Hello by OMFG and can be found here: https://youtu.be/XRgiNUtJurk
at Monday, March 30, 2015 No comments:

Email ThisBlogThis!Share to TwitterShare to FacebookShare to Pinterest
Labels: Featured, machinima by me

I think I am happy with this theme for now.

It is basic, but it is also very clean and links to everything I want it to link to. There might be some small changes now and then, but nothing major.

For those interested where I got the design, it is over at Veethemes.com called "Mimes-Blog", with some changes I did here and there to make it fit in more with what I wanted.

It is that time again. I am currently in the process of changing this blog to be more responsive and user friendly.

Please excuse the mess while I change things.
at Friday, March 06, 2015 No comments:

Well it has been a long time since I posted anything here, so why not say 'hi' with a brand new machinima!

This one is an entry for The University of Western Australia's MachinimUWA VII: Transcending Borders challenge and is a story about love and looking beyond borders for hope.
Hope you all like it!

Email ThisBlogThis!Share to TwitterShare to FacebookShare to Pinterest
Labels: Featured, machinima by me
Older Posts Home
Subscribe to: Posts (Atom)