So I finally achieved my first ever Mün landing in Kerbal Space Program, but wow, what a crazy mission. :D

Now for anyone that do not know what KSP is, it is a rocket game/simulator where you build your own rockets and launch it into space or to other planets. Pretty fun game but can have a bit of a learning curve as travelling to other planets isn’t as easy as just aiming toward it and flying there.

To the mission:
It all started with me taking a break with building my Space Station (no fancy name for it yet) and decided to attempt a Mün landing. I went with the Apollo idea in some sense, with a rocket staying in Mün orbit and a lander going down, landing, then coming back up, dock and head back to Kerbin, where the rocket section will be detached to “burn up” in Kerbin’s atmosphere and the lander, equipped with parachutes, splashdown... not that is how it turned out at all. 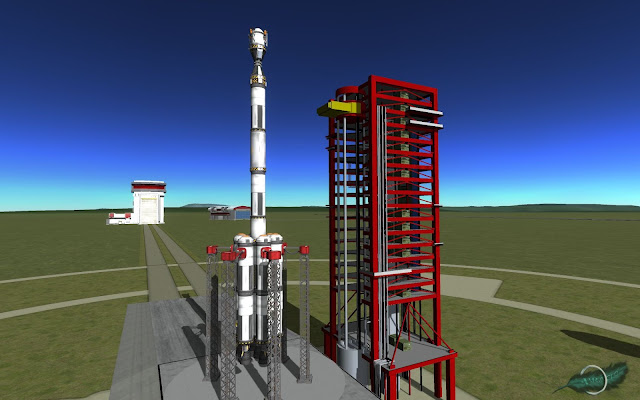 After trying several designs, I ended up with the single kerbonaut rocket design seen in the picture above called Munar Mini I. Barhat Kerman was the kerbonaut pilot and after a successful launch, an orbit was achieved around Kerbin. 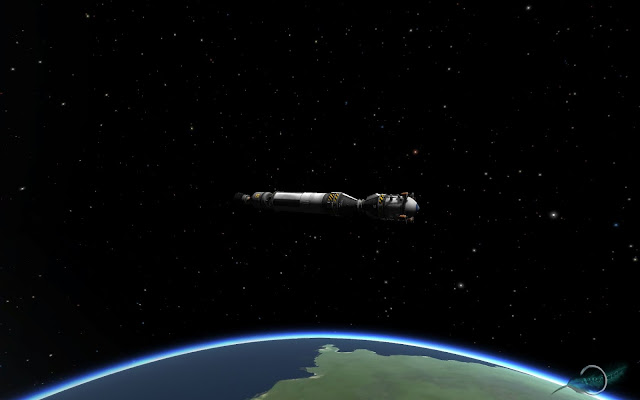 Achieving a Mün orbit went pretty well, although I have no idea what is a good orbit height for a mission like what I wanted to do. In any case, I ended up with a 15,000m orbit, which might have been too low. 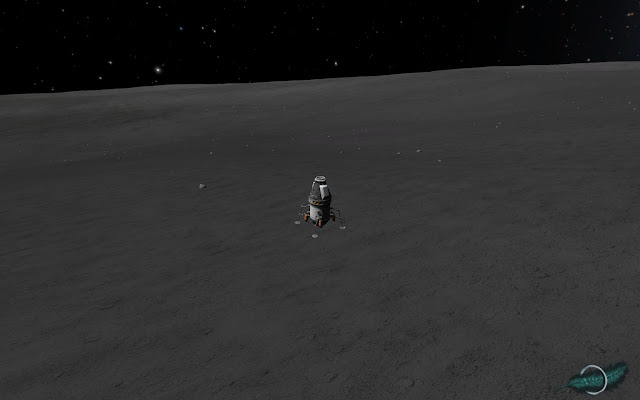 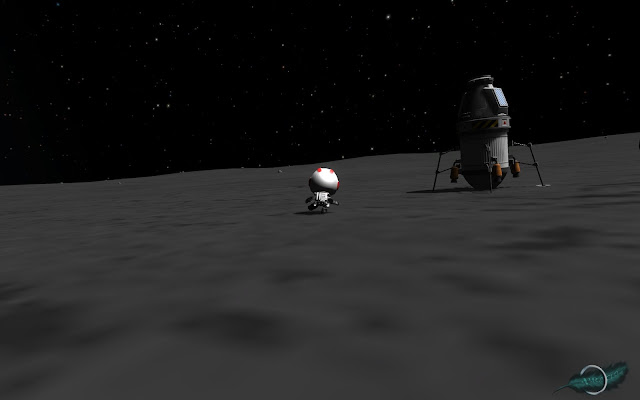 The Mün landing went surprisingly well too. Barhat enjoyed a bit of jumping and running around on the Mün before heading back to the lander, just to discover I forgot to add a ladder... okay no big deal, just jump up, grab and enter the pod. After that... the problems were not so small. 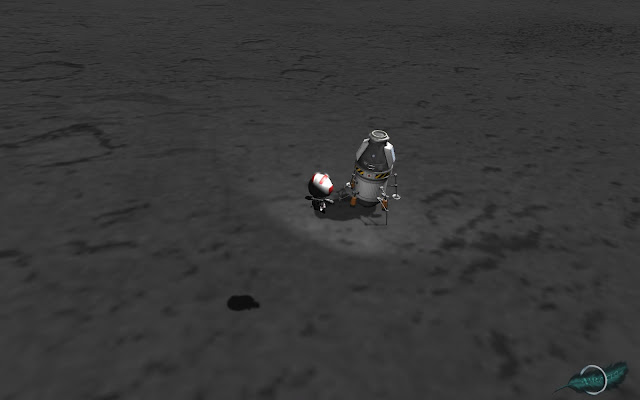 The pod lacked fuel to get back to a Mün orbit... a lot of fuel.. After quicksaving and attempting several times, I just could not reach the orbiting rocket again... is this it? Barhat stuck on the Mün... well at least till rescue comes? Barhat was not about to give up and neither was I, so I decided to try an EVA orbit. Using the lander, I used the last fuel available to launch the lander as close to the direction the rocket is going as possible. After achieving an apoapsis about the height of the orbiting rocket, Barhat went on a EVA, leaving the lander to crash back into the Mün while he used the jetpack until FINALLY achieving an orbit, but only with 43% fuel left in it. 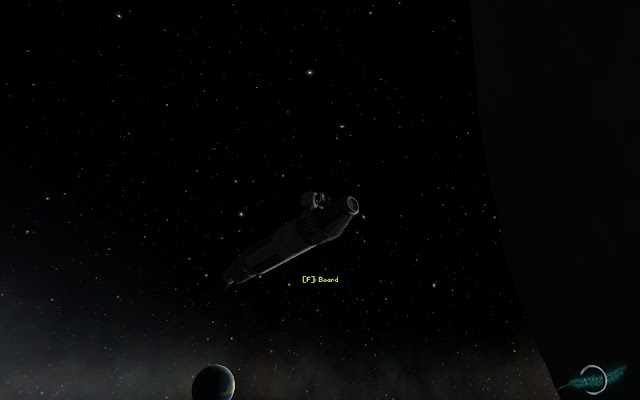 After this came the orbiting of the Mün for 2 and a half game hours (poor Barhat) until finally being in a position where only a little fuel will be needed to get close to the rocket. This took some adjusting but I finally got close... and after using as little fuel as possible, Barhat reached the rocket, with 3% fuel left. Phew... 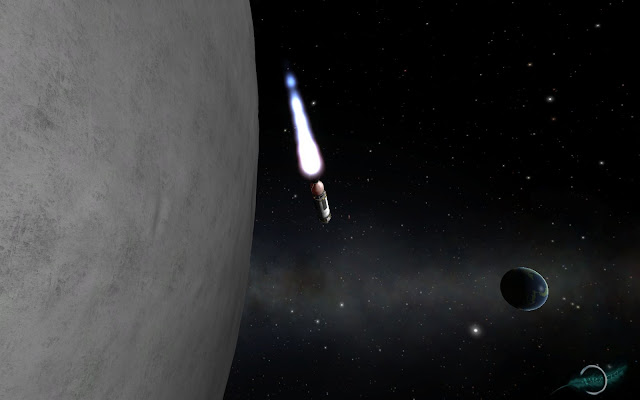 Heading back to Kerbin was easy enough, as the nuclear engine does a pretty good job and does not use a lot of fuel. Reentry was set... but getting close to the planet, I realised something. There is NO parachutes on the rocket... The initial plan was for the lander to drop back to Kerbin, not the rocket. Quick adjustments was made to get back in a safe orbit and not crash into Kerbin. 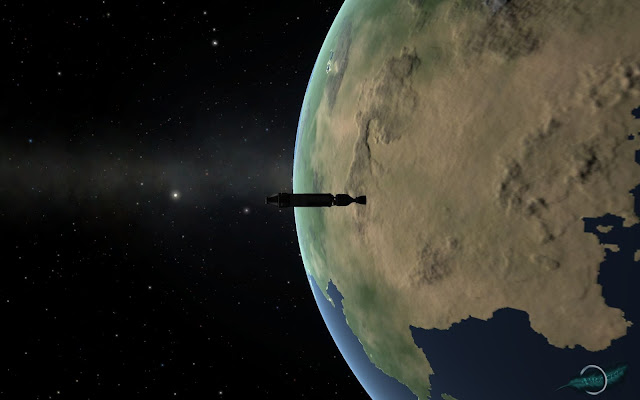 Now I could leave Barhat just in orbit, but that did not feel right after such a crazy mission. That was when I remembered my space station and a new plan was set in motion to dock with it. 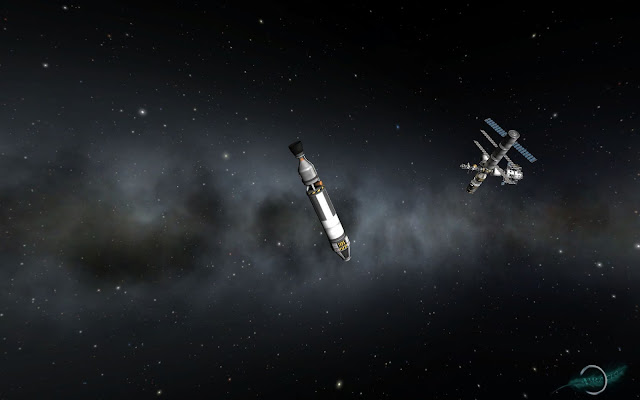 Not long after, Barhat was close to the space station, just to realise another problem. There is not one RCS thruster on the rocket, which will make docking so much harder... okay no big deal, my space station has a “tug” that is used when sections need to be moved to different spots. Final adjustments are made, being careful not to use the nuclear thruster in the direction of the space station that could push it out of its orbit. After that Bill Kerman, who is one of the crew members on the space station currently, was contacted, who jumped in the tug and head on over to the rocket which was about 200 meters away. 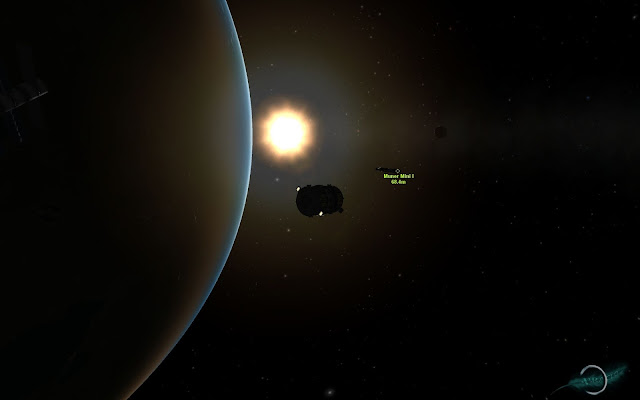 Well of course, another problem. The rocket had a much smaller docking port than what the tug had... great. So with nothing else to do, the tug headed back to the station and docks, and Barhat made a final adjustment to make sure the rocket is 0 m/s relative to the station. 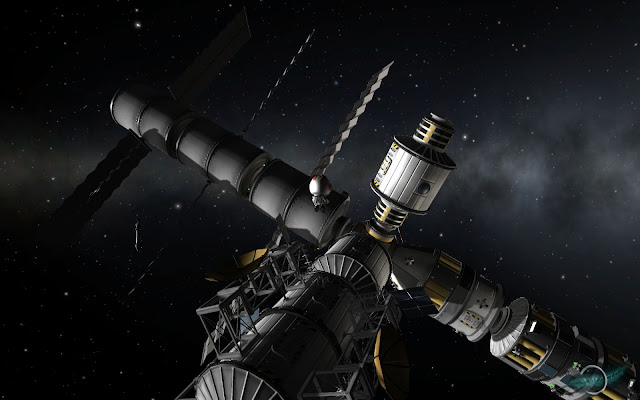 He did one final EVA over to the space station and entered one of the living units, calling it successful mission. 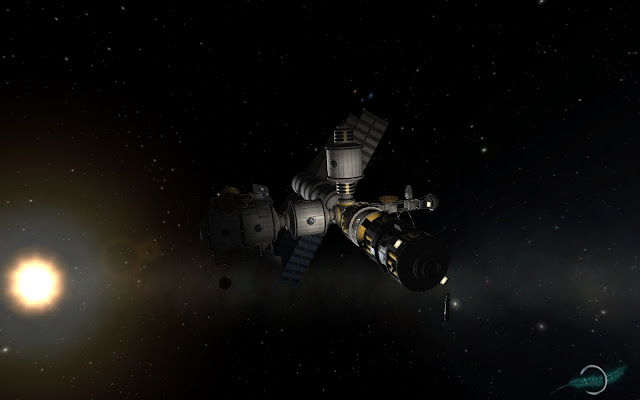 -You can also read this mission log on the official Kerbal Space Program forum.
at Monday, January 28, 2013 2 comments:

Email ThisBlogThis!Share to TwitterShare to FacebookShare to Pinterest
Labels: gaming

Just a quick post with a little teaser of the new machinima in the works :D

Well I know it is a little late, but Happy New Year to all! Hope you all have an awesome year!

Just some updates on what is in the works.

On the topic of Machinima, I like the idea of using Kerbal Space Program for machinima's, so it was decided that there will be a sequel to Orbital, with some ideas for episodes beyond that. The script for the next machinima is already written with here and there things that will be worked out. Filming and voice acting will most likely start this month so by the end of the month I will have a better idea of when it will be released. This is also going to be the longest machinima I ever made, so that will be interesting for sure :D

For Second Life products there isn't much to say. Haven't really been inspired to create anything new to sell, but that isn't saying I won't. If I get an idea of something interesting, I'll probably start creating it immediately :D There is some stuff I created a while back though that I might put on the marketplace soon.

Machinima's is on the top of my list for now so my Youtube channel will be relatively active for the next while. Will post again when I have new news!
at Monday, January 07, 2013 No comments: