It is finally here! I am very happy to introduce Rendezvous, the sequel to Orbital!

A new rocket design later and Kerbal Space Program Mission Control is ready for the rendezvous to bring Jennie back to Kerbin, but staying true to Kerbal culture, not everything goes according to plan.


Thanks:
I would like to send a big shout out to all the voice actors, without them, these Kerbals would not be as alive as they are!

Then also a big thanks to everyone on http://www.freesound.org
That website is an amazing source to anyone that needs sound for projects!

And also a thanks to http://incompetech.com/
If you need music for your project, this is a great site to check out!

Last but not least, for everyone that watched Rendezvous and special thanks if you shared it! :P

Behind the scenes:
It was decided that we just can’t leave Jennie in orbit, so decided to make a sequel to that story to bring her safely back to Kerbin, but just as the story, the filming and editing stayed true to Kerbal culture.

First MC4 replaced MC2 due to real life taking over. That happens often in something like this, and even though we wish it was different sometimes, real life always comes first.

After finding a new mission controller, voice recording was done and editing was scheduled to start. Of course, then my real life decided to get extremely busy, and the last thing you want to do when you get home, is work on another project. Almost two weeks later, that finally cooled down and editing was in progress.

Then near the completion of editing, my internet got really bad due to international providers having problems with their cables. This impacted the machinima in such a way that I could not look for new music or sounds, and if I could and found a sound I want to get, it took 45 minutes to download a 1MB file… you can imagine the frustration.

But in the end, it was all worth it. The machinima got completed and I hope everyone enjoys this sequel to Orbital!

Email ThisBlogThis!Share to TwitterShare to FacebookShare to Pinterest
Labels: machinima by me


Hey all! Just thought I'll put this here as a sneak peek to the new machinima coming out VERY soon!

Edit: The machinima can now be watched on Youtube :D 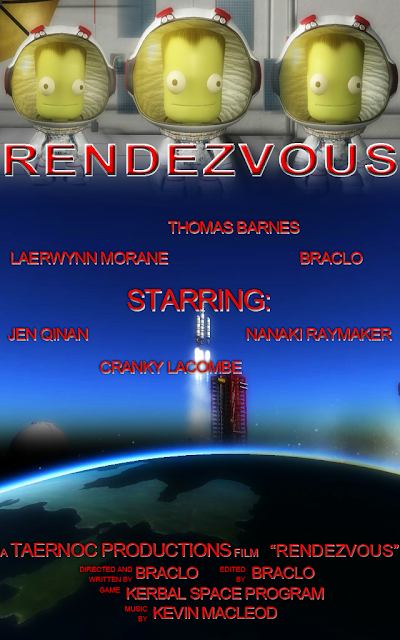 Here is what is going on.

Second Life Store - I am updating my physical store and will be opening it soon! Currently the Landmarks that come with my products just go to a beach area. That will soon change!

Second Life Products - I am in the process of putting all my products on Caspervend, so soon it can be purchased there as well. Also, if you need a product you bought from me redelivered, you will be able to do that from any Caspervend Redeliver Terminal.

Machinima - The sequel to Orbital is getting closer and closer! Voice acting is so to say done, need to do some recording, editing and then RELEASE! :D Watch this space!
at Saturday, March 09, 2013 No comments: